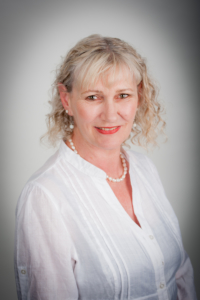 Kia ora and welcome to my profile.

I am the Chief Executive, owner, and sole Director of Finestkind Limited, a business established in December 2000. Finestkind has become a multi award winning company specializing in quota trading, exporting of fresh chilled fish and seafood promotion.

I was born and raised in Auckland and am of Ngati Kahu descent. I hold an IATA/UFTAA Diploma and am a graduate of the National Seafood Industry Leadership Programme (Australia) 2012 and the Seafood Executive Programme 2013. I have been Treasurer of Port Nelson Fishermen’s Association since 1992 actively support the New Zealand Federation of Commercial Fishermen.

My beginning in the commercial fishing industry really came when I met Ken Wells on Hayman Island (Australia) back in the 1970’s. We travelled, married and had a child, Max; and our relationship survived some 20 years.  The Wells name is synonymous with fishing, a respected family who have their base at Wakatahuri, in the Marlborough Sounds.  The place, to this day, is not on the national grid.  Many boats have been built and launched there over the years, including Ken’s own, the FV Orca.  I returned from Australia and my work as a court reporter to be Ken’s wife and business partner in 1992.

Being a woman in the seafood industry, for me, has been about creating a role and finding the confidence to work towards that role by on-going learning. My background and commitment to the fishing industry are at the foundation of Finestkind’s success as a small independent operator.  I have built a reputation based on honesty,  good service and accountability and I rely on repeat business for my livelihood.

My journey has seen my initial involvement in this industry as a fisherman’s wife and business partner, to the independent growth of Finestkind from a home based business in Golden Bay. For the last 12 years, my office has been in the Aimex Building,  Nelson, (formerly owned by Sanford Limited) and shared with the Port Nelson Fishermen’s Association .

I have never looked back since my initial trip to Sydney Fish Market in 1995, some 20 years ago now. This trip effectively put in place what became our “supply chain” and has been a pivotal part of my business life and development.  This has helped me grow my company and consolidate my position and reputation in the NZ fishing industry.

Through my strong trans-Tasman involvement, I was invited to travel with a delegation of Australian seafood professionals on the European Seafood Exposition (ESE) Tour 2008 to Spain, France, Belgium, England and independently to UAE (Dubai) on my return.

In 2012, I was nominated by Sydney Fish Market, and received a scholarship from them, as the first International member of the Fisheries Research Development Corporation (FRDC) National Seafood Industry Leadership Programme in Australia. In 2013, I attended the Seafood Executive Programme at Mt Eliza, Victoria facilitated by the esteemed Professor John Morris and Dr Melinda Muth.

Through our local fishing scene, I inherited the Treasurer’s position for Port Nelson Fishermen’s Association from Ken and still have this role. I am proud of the Association and its 50 year existence.  It is the only one in New Zealand with a bricks and mortar presence and a Facebook page.  The Association has been extremely fortunate in applying for and receiving financial sponsorship from Port Nelson Limited for the past 10 years which has helped us get members to conference annually.

Finestkind’s achievements include being a member of the industry group which created the Code of Practice for Bar Crossings; involvement in the “Crossing the Bar” video made for industry to educate and save lives;  being a member of the initial FishGROUP – which evolved into FishSAFE –  and becoming the first NZ member of the Women  in Seafood Community (WINSC) Australia. I subsequently stood as a Director of this group for four years.

Finestkind has participated in many of New Zealand’s finest seafood festivals and was successful in winning the Best Seafood Item at Seafest, Kaikoura (2003 and 2009).  Over several years at the prestigious Marlborough Wine and Food Festival, we have taken the People’s Choice Award (2013),  2nd place (2012) and Winner of the Supreme Food and Wine Match Competition Award (2009) with partner Saint Clair Family Estate, New Zealand’s most awarded Winery.  We have attended and promoted the Bluff Oyster & Food Festival annually since 2009.

Finestkind has also been Highly Commended in the Best Supplier (Overseas and Interstate) Category of the Sydney Fish Market Seafood Excellence Awards in 2011 and 2013.

Thank you for your continued business support.